Making holes in the head.

“Wherever the art of medicine is loved, there is also a love of humanity.”

“The art of medicine consists of amusing the patient while nature cures the disease.”

When one looks back into the history of medicine, one sees that modern medicine and surgery have evolved from ancient tribal medical rites, rituals, and practices from all parts of the world. This is much the same as how present-day law has emerged from historical tribal customary practices of fair play and equity.

making holes in the head.

Within a few days of starting my assignment as a surgeon at an outlying district hospital in the highlands neighboring Lake Victoria, I noticed several people, mostly women, walking around with healed linear scars on their heads. Some were observed in the street while others were encountered as patients within the hospital.

Research into this matter, in conjunction with hospital staff who belonged to the Kisii tribe, revealed the answer. Within the tribe were a number of homegrown daredevil “tribal brain surgeons” who practiced their craft in the remote forested interior of the region.

This research led me to personally witness, record, film, research, and publish this operation for its historic, scientific, and ritualistic importance. It is indeed a momentous and far reaching chapter of the history of medicine and surgery. As such, it should be considered not only something from a chapter on vanishing Africa, but also an epoch of traditional and customary tribal surgery in Africa, doomed to extinction.

Considering my research, the following facts and figures come to light:

There is evidence from many parts of the world of humans performing the operation of craniotomy (making holes in the head) by scraping, or trephining. Trephining is the act of making holes in the skull using homemade instruments ranging from fine metallic picks and awls to braces, bow drills, and even screwdrivers and hand drills. The membrane that covers the brain (dura mater) is exposed. A well-trained tribal “bush surgeon” respects this barrier and proceeds no further for fear of violating the brain underneath.

This operation had been described by Hippocrates, the Greek physician/philosopher, reputed to be the father of western medicine. He advocated it for headache, skull fractures, epilepsy

Kisii sculptors and craftsman are known for their sculptures and carvings sculpted in Kisii soapstone. The picture above is a sculpture depicting a traditional “bush surgeon” practicing the centuries-old surgical operation of “burr-holing” the head to expose the pulsating brain covered with its membrane.

Other reasons for which this form of surgery has been known to be performed in various parts of the world are as follows:

Notwithstanding all that, the placebo effect of the surgery cannot be ruled out in cases of headaches and exorcism.

The Anatomy of the Procedure

The operation is usually performed in the open  in direct view of the patient’s relatives and often underneath fig trees which are  considered sacred by many tribes, No attempt is made to numb the area of surgery with any anesthetic agent. However, the wound is often irrigated with sap from stems and leaves of succulent plants, namely, aloe vera, banana plant (musa acuminata) and traveler’s palm (ravenala madagascariensis.) The latter is much sought after in view of an abundance of high-quality sap in its trunk and leaves.

The surgical wound on the scalp is left open without suturing. It is packed with freshly ground leaves of herbs and plants believed to control bleeding and promote healing. The tribal surgeon rightly believes that closure of the wound is prone to “rot” in the presence of a problematic combination of clotted blood and infection.

*Please note; The following paragraph should be a footnote at the bottom of the page or at the end of the book.

Surprisingly, considering the large number of such operations performed, complications during and after the procedure appeared to be relatively uncommon.

However, I did encounter some of the more serious ones requiring hospitalization:

The skill of trephining is usually passed on from father to son. The apprenticeship period (“internship and residency”)may last some years. Fee ayments for operations are by way of sheep and cattle, though today, deals in cash are supplanting the former traditional forms of payments.

Incidentally, ancient trephining of the skull is still secretly performed by the Kisii tribal surgeons for surgical, cultural, and ritualistic reasons in spite of sporadic attempts by the authorities to discourage it.

The Kisii District Hospital, in the township of Kisii, is situated about 80 miles from the village of Nyang'oma Kogelo on Lake Victoria, the ancestral home of former President of the United States, Mr Barack Hussein Obama. His dad had worked as a senior government economist with Kenya's Ministry of Finance. He had graduated from Harvard University in Cambridge, Massachusetts with a Masters in Economics.

Mr. Obama'sq paternal family belongs to the graceful Nilotic Luo tribe which, centuries ago, is said to have migrated south to Kenya’s Lake Victoria region along the Nile from the Sudan.

One day, a month-old baby boy was brought into the emergency room by his mother. He had been having persistent, forceful  projectile vomiting since birth. A private medical practitioner in town whom I had known since our internship days, had referred him to me with a note saying that in his opinion, the baby was suffering from “infantile pyloric stenosis.” Or, in layman’s terms, an extreme narrowing and thickening of the far end of the stomach (pylorus) where it joins the intestine.

This was a purely a “clinical diagnosis,” i.e., a diagnosis based only on the patient's story and the clinician’s findings on his examination without the help of any other investigative modalities like ultrasound etc.. (Other than plain X-rays, no other facilities were available.)

The baby was thin and wasted due do to dehydration and lack of nourishment. Examination by touching and gently probing with the fingers (palpation) revealed a lump the size of a golf ball on the right side of his upper abdomen.

The child’s condition was deteriorating rapidly and called for immediate revival by intravenous infusion of appropriate salty fluids which he had lost through persistent vomiting. His worsening condition did not allow for a  general anesthetic. (‘General’ anesthesia renders the patient unconscious and insensitive to pain and  is considered the norm. It is almost always employed for such operations. In this case, the use of anesthesia was risky taking into account the child’s  poor condition and limitation of medical facilities.)

In the operating room, the mother held the baby in her lap while I sat opposite her. A screen shielded the mother from looking at the operation site in the event the sight of blood and her emotional interaction caused her to faint with the child in her lap. As an added precautionary measure, two nurses stood on either side of the mother to protect both the mother and the baby from such an eventuality.

The alternative to general anesthesia (the administration of which in infants would require the availability of an experienced anesthesiologist) is injection of an anesthetic fluid in the skin and muscles overlying the lump in the abdomen. Such babies are born with varying degrees of narrowing of the passage between the stomach and the intestine, caused by thickening and hardening of the overlying muscle referred to as the “pyloric sphincter.”

The surgical procedure consisted of cutting open the abdomen through a cut in the skin and muscle over the lump. The thickened and hardened muscle of the lump, which characteristically cuts like an unripe pear, is then incised lengthwise in line with the narrowing until the stomach and adjacent intestinal lining bulges through, thereby relieving the obstruction.

Both the baby and the mother did well during and after surgery and went home hale and hearty.

Such moments imparted considerable job satisfaction and were extremely exhilarating, making one feel much needed, so much so that there is a certain hesitancy in going away on leave just in case a patient comes along in one’s absence needing urgent life-saving help. One actually feels  indispensable, knowing fully well that “the graveyards are full of the indispensable”—as per late President De Gaulle of France.

Most specialists including those in the field of obstetrics and gynecology are not available in basic district level hospitals. Midwives are left to handle this function on their own. I had no post graduate experience or qualification in these fields other than a few months during our residency training. Lack of transport facilities may not allow for referral to obstetricians stationed in specialized hospitals. Urgency and exigencies of circumstances in emergency situations left no option for the general surgeon other than to face the problem head-on.

Late one night, a midwife sent for me to see a young lady who had been brought to the hospital in a state of obstructed labor.

During my residency training, I read a short description of a procedure called “symphysiotomy.” It is a simple but controversial procedure, an alternative to Cesarean section, when facilities to perform the latter is unavailable. It is antiquated in the developed world but is still practiced in some parts of the developing world.

Unlike a Cesarean section, it does not require an operating room or a general anesthetic. Under the circumstances, I could think of nothing better than resorting to this procedure wherein the pelvic outlet is opened-out or widened by cutting the very strong and sturdy “symphyseal ligament” which holds together the two pubic bones (one  on each side) in the midline at the front. It doesn't require a cut in the skin, as the ligament can be sectioned by introducing a thin scalpel blade underneath the skin and sectioning the ligament blindly.

Both mother and baby did well, though it’s not known what happened subsequently. Following discharge from the hospital, many patients are often never seen again.

The operation is relatively minor entailing an injection of an anesthetic solution to numb the skin over the front of the pubes . After this operation, the patient needs to be hospitalized for a few days to stay in bed with a binder around the pelvis. This procedure appears to have lost popularity and considered archaic because patients may suffer residual instability of the pelvis with the resultant change in gait and difficulty in walking. The advantage is that it may be lifesaving when facilities for a Cesarean section etc., are not available. Doubtless, subsequent deliveries are easy, natural and spontaneous.

Despite its drawbacks, this can be considered one of the ‘instant on-the-spot  cures’ in everyday surgical practice. Other such examples are releasing a disabling  stuck-up “trigger” finger or thumb, removing a loose body from a painful and swollen locked knee joint, removal of a foreign body from eye, ear, nose and throat, drainage of a “hot”painful abscess full of ‘laudable’ pus and relocating a dislocated or subluxated joint.

Yet snother example is dental pulling out (extraction) of an excruciatingly throbbing painful, rotten or necrotic tooth. This is not often done nowadays as the present trend is strongly in favor of saving the tooth by any means possible. 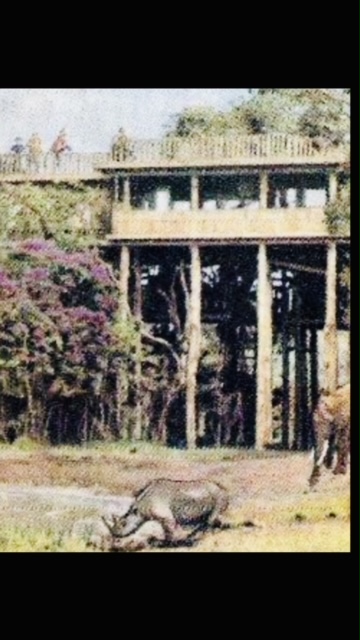 Buy the Book
Thank you! Your submission has been received!
Oops! Something went wrong while submitting the form.